This week at Nothing in Biology Makes Sense!, Sarah Hird delves into the psychology of science denialism to understand why facts alone can’t help a creationist:

Rosenau makes the case that when we (scientists/science supporters) talk to deniers/agnostics, conversations that begin in the scientific realm very quickly turn to religion, personal freedom, morality and even capitalism. The denial stems from how people identify themselves and how they see the world; it can be rooted in fear, anger and distrust of things outside their social group (religious and political affiliations are two major such groups). … The denial is not rooted in scientific facts.

To learn what does help denialists come around, go read the whole thing.◼ The whale today. Photo by djwtwo.

Image via The Molecular Ecologist.

Over at The Molecular Ecologist, Mark Christie runs down the considerations to take into account when you’re thinking about making the effort to learn a programming language — he focuses specifically on bioinformatics, but his points really apply for just about anything you’d do with a script.

Perl and Python programs are (typically) compiled each time before they run and they are often not compiled to the same extent as C and C++ (but see PyPy for Python). This means that C and C++ typically run faster and require less memory after a program has been completed. Like most things in life, however, there is a tradeoff in that C and C++ programs usually require more lines of code because there are more details that have to be specified in each program. Thus there is a tradeoff between time spent developing, writing, and debugging code and the time that the program takes to run through completion.

Planning your first bioinformatics project? You should probably go read the whole thing.◼ 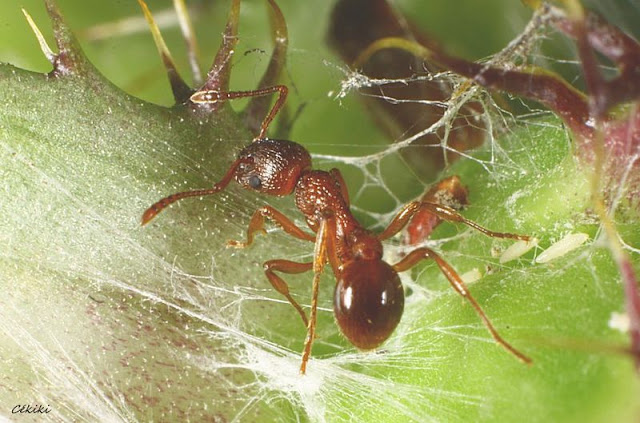 Photo by Justin in SD.

Cross-posted from The Molecular Ecologist.

So, not long after I posted my advice for grad school, and said I hoped that The Molecular Ecologist ultimately collect similar posts from a whole bunch of people, Scicurious e-mailed to point out that there’s a thing we do in the blogosphere when we want to collect a bunch of posts on a particular topic: we hold a carnival!

So the plan is now that The Molecular Ecologist will host a “Knowing What I Know Now” carnival on Monday, December 10, and if you’re working in science at any career stage, you’re invited! All you need to do is write up a few things you wish you’d known in your previous career stage that would’ve helped you prepare for your current career stage. (i.e., grad students, write about undergrad; postdocs, about grad school; and so on.) In my original post I may have over-emphasized the academic career track — we’d love to hear advice about preparing for work in industry, or with a non-academic nonprofit, or in government, too.

If you have a blog, write up your advice as a post and either e-mail the link to me or post it in the comments below. If you don’t have a blog, we’ll be happy to post your contribution at The Molecular Ecologist — again, e-mail me to set that up. Please send all your links and post contributions by Saturday, December 8, and I’ll pull them together for the carnival post on the 10th.

In what I hope will be the start of a whole series of posts about careers in science, I’ve taken a stab at writing down what I wish I’d known to do (and what I’m glad I did) during graduate school, over at The Molecular Ecologist:

I can’t claim to have any blinding new insights — my own career is very much still under construction. But I’ve been interacting with a number of freshly-arrived graduate students this semester, and I’ve found myself thinking, after conversations with them, about what I might have done differently back when I was looking ahead to five (oops, six) years of grad school — and about what I did that worked out pretty well.

And no, I will not apologize for the choice of videos I’ve used to illustrate the complete post.◼ The crowd at the Big Gay Race, in support of Minnesotans United for All Families. Photo by Joe Bielawa.

Last night’s election was a nationwide blowout for gay rights. Maine and Maryland passed ballot initiatives legalizing same-sex marriage, and although Washington’s mail-in balloting slows down the vote-counting, it looks like that state passed marriage equality, too. And here in Minnesota, we soundly rejected the proposal to put a ban on same-sex marriage in the state constitution — the final vote looks to be about 51% against the amendment.

Edited to add: Here’s video of Minnesotans United Campaign Manager Richard Carlbom learning the resut at almost the last minute before the campaign’s election night party had to call it a night — 1:45 a.m.

I didn’t find out about the Minnesota result until I woke up this morning — it was close, and the friends who came by to watch returns had already headed home before President Obama finally gave his acceptance speech, and I’d spent most of Election Day helping Minnesotans United get out the vote in the student-heavy neighborhoods around the University of Minnesota’s Minneapolis campus. Canvassing proved to be way better than spending the day refreshing political blogs and not getting anything else done. Walking around campus towards the end of the workday, I saw MNU’s bright orange “I voted NO” stickers everywhere.

From the very beginning, I’ve been impressed about how truly broad the opposition to the amendment was, and how many straight people were willing to put in time and money to secure (or, at least, work towards securing) basic rights for their GLBT friends, neighbors, and family members. In the early days of phone-banking, the straights outnumbered the gays on the phones by a pretty wide margin, and straight supporters flooded the streets for the Big Gay Race and pitched in to raise millions of dollars for the campaign. I’ll second Dan Savage and say, we couldn’t have done it without them.

And let’s not forget the support of the excellent and generous readers of this very site — thanks, yet again, for helping defeat the amendment.

This is really only a first step for Minnesota — even without a consitutional amendment, there’s still a law on the books banning same-sex couples from marriage. But it’s hard to deny that change is in the air, and there’s a huge base of supporters already organized and excited about taking the next step. We’re fired up. It feels pretty great.◼