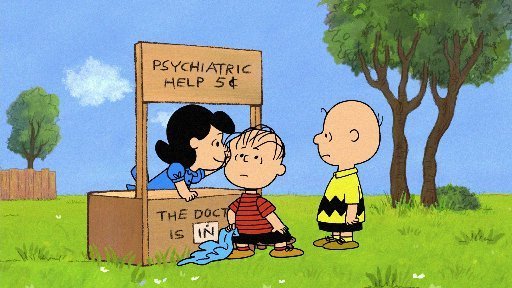 Photo by Justin in SD.

Cross-posted from The Molecular Ecologist.

So, not long after I posted my advice for grad school, and said I hoped that The Molecular Ecologist ultimately collect similar posts from a whole bunch of people, Scicurious e-mailed to point out that there’s a thing we do in the blogosphere when we want to collect a bunch of posts on a particular topic: we hold a carnival!

So the plan is now that The Molecular Ecologist will host a “Knowing What I Know Now” carnival on Monday, December 10, and if you’re working in science at any career stage, you’re invited! All you need to do is write up a few things you wish you’d known in your previous career stage that would’ve helped you prepare for your current career stage. (i.e., grad students, write about undergrad; postdocs, about grad school; and so on.) In my original post I may have over-emphasized the academic career track — we’d love to hear advice about preparing for work in industry, or with a non-academic nonprofit, or in government, too.

If you have a blog, write up your advice as a post and either e-mail the link to me or post it in the comments below. If you don’t have a blog, we’ll be happy to post your contribution at The Molecular Ecologist — again, e-mail me to set that up. Please send all your links and post contributions by Saturday, December 8, and I’ll pull them together for the carnival post on the 10th. As already noted in other venues, yesterday I passed my dissertation defense. There has been what I’d call an appropriate amount of celebration (as a result of which I’m taking it slow today) and I’ve been overwhelmed by congratulations in multiple media—thanks, everyone!

A week from Friday, I’m finally going to present six years’ worth of doctoral research to my dissertation committee, and they’ll tell me whether or not it’s enough to warrant a Ph.D. I am given to understand that the process will go something like this:

Which is to say, a lot of frantic running around culminating in a highly formalized event at which my fate will depend on answering potentially arbitrary questions. Maybe involving swallows.

I’m still in the running-around bit, which involves tasks like taking my written dissertation to have the College of Graduate studies check the width of the page margins. So, um, wish me luck.

Fellowship proposal writing, teaching, research, job hunting. No sign yet of the rodents of unusual size, but they’re coming up later in the semester for my mammalogy students, if I remember the curriculum correctly. Much as I hate to watch my pageview count decay, I’m suspending regular posting until I get back onto solid ground. Photo by pixselated / Jim (away).

The studies that show [the economic benefit of an advanced degree] typically crunch broad swaths of data. They look at the census, or other large population samples, and show a positive correlation between income and years of education. This means that college and graduate school are generally a good bet. But it doesn’t tell you that every single degree pays off financially at every single point in time.

And so there are lots of just-graduated grad students, many with debt from student loans, unable to do the work they’re highly qualified to do.

I’m fortunate in multiple regards, here; I’ve probably got another two years to go, thanks to a just-received DDIG, so I’m not hitting the job market until the worst has (hopefully) passed. Because I’ve been lucky enough to be funded as either a teaching assistant or a research assistant (and can expect continued funding as one or the other), I don’t have new debt related to grad school, even if I’m not exactly getting rich doing it. Being in a mostly NSF-funded field has been harrowing in recent years, but under the new administration things are looking better for funding in pure science – NSF did pretty well under the stimulus package, and should see better treatment in the regular budget, too. My only major worry is that when I graduate, I’ll be competing for post-doctoral spots with an extra-large cohort of other folks who waited out the downturn as students.

Results of some free time to play around with Inkscape, which is looking to be a viable alternative to Illustrator. T-shirt worthy? 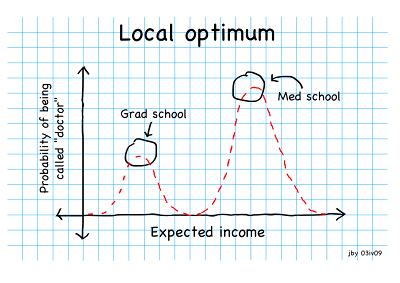