Daily visits to www.denimandtweed.com, 2012 (blue) vs 2011 (orange). Image and data from Google Analytics.

It’s been a busy year, but a great one! If you’re still reading at this point, you must be one of my tens of loyal readers—instead of filling out a formal survey this year, why not say hello in the comments, and tell me why on Earth you’re still hanging around this unfashionable end of the outer eastern spiral arm of the Internet.◼

The quantified blog. Photo by hyperboreal.

Happy New Year! Time for some quantitative navel-gazing, which now counts as a Denim and Tweed New Year’s tradition, since I’ve done it twice before. Tomorrow, I’ll take a look at the responses to my first-ever reader survey, but right now, I’m just going to go through the metrics I’ve used before.

More detail after the jump.

Most of that increase in traffic is attributable to a link from PZ Myers to my post taking down Jesse Bering’s ridiculous declaration that gay-bashing is adaptive. That’s the spike in the graph above. “An adaptive fairytale with no happy ending” was, accordingly, the most-visited post of the year, clocking in 4,222 page-views since publication. The next-most popular post of 2011 was a follow-up in the ensuing back-and-forth over certain evolutionary psychologists’ failure to understand basic evolutionary biology, with 3,441 page-views.

The other top posts of 2011 are less controversy-driven: my review and discussion of Joan Roughgarden’s Evolution’s Rainbow (1,188 page-views); a post on partially carnivorous plants (966 page-views, in part thanks to a nice nod from Ed Yong); and then last year’s post about whether or not female orgasm is an adaptation (836 page-views).

In fact, once you get below the top 5 posts, pieces from previous years show up pretty frequently. I guess this means D&T is increasing its visibility in Google searches? The top search phrases leading folks to the site (apart from some form of my name or the site’s name) were “herbivore,” “ant dispersal,” “mutualism,” “female orgasm,” and “what makes a species.” I’m kinda proud of that last one.

Post topics are a bit more difficult to total up. However, by my count in the Blogger post management dashboard, I published 150 posts tagged “science” in 2011. That’s compared to 21 posts tagged “politics” and 24 tagged “queer.” (Note these are not mutually exclusive categories!) Of the science posts, 47 are tagged “evolution,” 5 are tagged “ecology,” and 37 were submitted to Research Blogging, meaning they were “formal” discussions of peer-reviewed papers. An even 50 of the science posts are the weekly linkfests.

I made some pretty major career transitions this year, too: I finished my Ph.D. and started a postdoc. I’m enjoying life as a “professional” biologist, but it’s decidedly less compatible with regular blogging than grad school was. Nevertheless, I expect to keep posting at Denim and Tweed, and hopefully to continue development of the new collaborative site Nothing in Biology Makes Sense!—writing and discussion in both venues continue to be useful to my thinking about my scientific work, and (hopefully) valuable as public education, too. ◼ 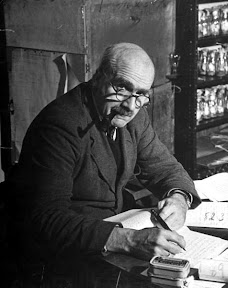 There’s nothing like purchasing a grocery bag full of sugar and butter and dark rum and downloading a new Pink Martini holiday album to put me in that Saturnalian spirit. Happy holidays.

Well, I’ve successfully run the Seattle Marathon. I finished in 3 hours, 31 minutes, and 27 seconds, which is a pretty nice improvement over last time, in Portland. Coming down the home stretch. Photo courtesy my cousin Adrienne.

I’ve had a nice hot shower, and my cousin—with whom I’m staying while in Seattle, and who came to watch me cross the finish line—keeps pressing protein-and-vitamin recovery shakes on me, so I’m actually feeling pretty good. It’s great end to a great fall break in Vancouver and Seattle. I took a lot of photos—there’s a slideshow after the jump.

Exactly a year ago today, I came out of the online closet. Now it’s another National Coming Out Day, and it seems like as good a time as any to think out loud about why I made that decision.

Image borrowed from Wikipedia under fair use rationale.

My reasons aren’t going to surprise anyone who has even a passing familiarity with gay rights history:

Evolutionary biology has turned out to be a good field for me, in this personal respect. When I started my first genuine biology-related internship, I was surrounded for the first time by people who didn’t talk about gays in the hushed, scandalized tones I’d heard through a lot of my childhood and schooling. Biologists are as human as the next ape descendent, but they’re also a generally open-minded bunch who tend to be more interested in the quality of your work than what you do after you leave the lab. And, for what are probably obvious reasons, evolutionary biology doesn’t attract the sort of people who hold doctrinaire conservative religious positions on any subject.

Evolutionary biology is also a pretty good academic discipline for me because evolutionary biology has something to say about sexual minorities, just as it has something to say about humans in general. Humans are biological beings, and we’re part of an animal kingdom that exhibits a wide array of sexual behaviors, as elaborately documented by the evolutionary biologist Joan Roughgarden in her book Evolution’s Rainbow. Exactly how to explain this diversity, particularly in the case of humans, is still quite controversial [$a]—but it’s a question for which I have some expertise, and one I’d like to weave into the writing I do for D&T in the future.

Fellowship proposal writing, teaching, research, job hunting. No sign yet of the rodents of unusual size, but they’re coming up later in the semester for my mammalogy students, if I remember the curriculum correctly. Much as I hate to watch my pageview count decay, I’m suspending regular posting until I get back onto solid ground. Photo by pixselated / Jim (away).

Now that D&T has its own domain, Google hosting allows me a few dedicated pages apart from the blog itself. So I’ve written up an about the blog page with more information than you probably require. I’ve revised the “About me” blurb in the sidebar to reflect this.

We now return you to your regularly scheduled Internet.

Getting serious mileage out of the new camera!

Joshua trees are about to bloom. Which means I’m off to the desert until mid-April first to tour Joshua Tree National Park with my parents for a week, then to spend a month or more at a field site in central Nevada, extending studies of co-divergence in Joshua tree and its pollinator moths.

All of which is to say, posting to D&T is about to drop to near-zero for the foreseeable future. I’ll take lots of photos, and put them online when I get to an Internet connection, but really that’s all I can promise. After all, what good is fieldwork if not as an Internet detox?