In the comments on my epic post about J.B.S. Haldane, somebody else named Jeremy (not me, I swear) links to a fantastic video of Haldane’s scientific colleague (and fellow former British Communist) John Maynard Smith, discussing Haldane’s opposition to Lysenkoism. Specifically, what Haldane said in private within Communist circles, versus what he didn’t say in the broader public.

I think it’s quite clear that Haldane should have objected to the politicization of Lysenko’s bunk science much earlier and more forcefully than he did. Whether it would’ve made a difference behind the Iron Curtain is less certain.

Here’s a nicely gruesome image for the week of All Hallows’ Eve.

“I dreamed I was in a dark room,” said Jane, “with queer smells in it and a sort of low humming noise. Then the light came on … I thought I saw a face floating in front of me. … What it really was, was a head (the rest of a head) which had had the top part of the skull taken off and then … as if something inside had boiled over. … Even in my fright I remember thinking, ‘Oh, kill it, kill it. Put it out of its pain.’ … It was green looking and the mouth was wide open and quite dry. … And soon I saw that it wasn’t exactly floating. It was fixed up on some kind of bracket, or shelf, or pedestal—I don’t know quite what, and there were things hanging from it. From the neck, I mean. Yes, it had a neck and a sort of collar thing round it, but nothing below the collar; no shoulders or body. Only these hanging things. … Little rubber tubes and bulbs and little metal things too.”
—Jane describes the disembodied Head in That Hideous Strength

Before he started The Chronicles of Narnia, C.S. Lewis tried his hand at science fiction. Lewis’s Space Trilogy—Out of the Silent Planet, Perelandra, and That Hideous Strength—is like H.G. Wells dunked in (by modern American standards) gentle British Christianity. As in Narnia, Lewis wrote the Space Trilogy with a thesis in mind. The villains of Lewis’s imagined universe are materialistic scientists. In the first two books, the protagonist fights the scientists to preserve prelapsarian conditions among the intelligent inhabitants of Mars and Venus, respectively. The third book returns to Earth, where the evil scientists are plotting to take over the planet in the service of a demon-possessed disembodied head kept alive by technology that would’ve put Frankenstein off his lunch. 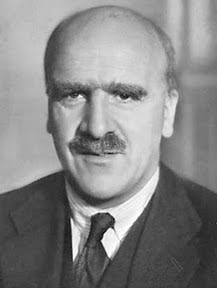 Lewis derived the scientists’ ideology, and one of the evil scientist characters in particular, from the writings and person of the evolutionary geneticist J.B.S. Haldane—which is not surprising, since Haldane was something of the Richard Dawkins of his day, a visible public advocate for the scientific worldview. What is surprising, though, is that Lewis may have had a perfectly good reason to connect Haldane to an artificially resurrected head: five years before the publication of That Hideous Strength, Haldane had narrated a film depicting just such an experiment.