A new paper in PLoS ONE tests the alcohol tolerances of nectar-eating bats. Believe it or not, there is a scientific purpose.

Alcohol isn’t a vice exclusive to humans. Animals that eat fruit or nectar may accidentally imbibe if they eat past-ripe fruit or nectar that has had time to ferment. Some species, like the pentail treeshrew, have evolved tolerances that surpass our own capacities – and some, like cedar waxwings, get distinctly tipsy after a few bad berries. Alcohol tolerance effectively expands the potential food supply, by allowing consumption of fruit or nectar that’s a little past the metaphorical sell-by date. Artibeus lituratus, one of the bat species tested for alcohol tolerance by Orbach et al. Photo by Setsuo Tahara.

In the new study, Dara Orbach and colleagues captured several individuals each from a variety of nectar-feeding bat species found near their field station in Belize. They fed the bats a sugar-water solution approximating nectar, spiking a randomly-chosen subset with ethanol. The bats were then released to fly through an obstacle course, where microphones were placed to record their echolocation calls. The authors figured that intoxication would manifest in difficulty navigating the obstacles, possibly in connection with distortions of echolocation.

However, bats fed alcohol performed as well as bats fed plain sugar water. Different species varied in how they handled the alcohol, though. The authors dosed the bats with alcohol in proportion to their body weight, but saliva tests just before the experiment revealed quite a bit of variation in actual blood alcohol concentration for individuals from different species. Evidently some species metabolized the alcohol, and others were able to fly straight even with a BAC that would put a human in jail for DUI. 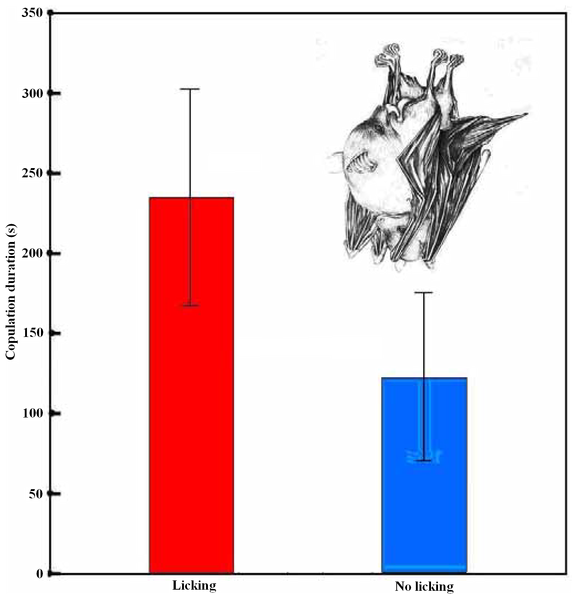 Update: In a more in-depth post over at Boing-Boing, Maggie Koerth-Baker wonders why there needs to be an adaptive purpose for a pleasurable behavior (there doesn’t, as far as I’m concerned), and points out that there’s also a video in the supporting information. Which video has some totally unscientific background music.

NY Times: bats are dying off in huge numbers throughout the Adirondacks. No one seems to know why, but symptoms include low fat reserves and susceptibility to some sort of superficial fungus. Puts me in mind of colony collapse disorder in honeybees – another unexplained disaster befalling ecologically critical species.

It’s frankly scary. This is the kind of thing we might expect as a result of climate change and a general increase in human interference in natural systems: gradual changes having sudden, nonlinear effects. We’re dismantling our own life-support system for parts, and we don’t even know which bits are important.