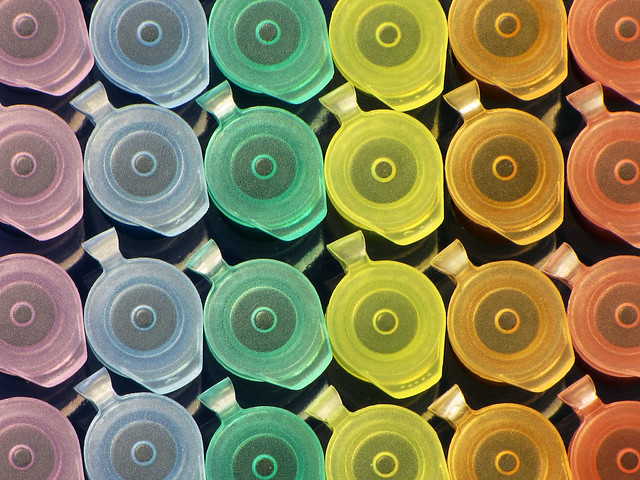 I think I speak for the every gay science nerd when I say that we’re exceptionally proud to count you among us. The initiative you took, while still a high school student, to join a research lab and design a new rapid test for cancer is incredibly inspiring, and you’ve taken to the role of public advocate for science with aplomb.

So I was disappointed to read your recent op-ed on the website of The Advocate about the lack of queer role models in science — not because you’re wrong about the problem, but because you missed a big opportunity to start fixing it.

First, I want to say that you are absolutely right that a lack of public awareness of queer folks who have contributed to the advancement of science shapes perceptions about what our interests — and career paths — “ought” to be.

When I initially started questioning my sexuality, I was bombarded with messages that pressured me to conform to stereotypes such as a need to jump into fashion or interior design. … These pressures were amplified in the weeks after my coming out, with friends and family stating “You can’t be gay, you don’t know how to dress” and “You do science, that’s not what gay people do.”

So it’s great that you learned about Alan Turing, the groundbreaking mathematician whose life story is getting a high-grade cinematic presentation right now, and that he’s provided the role model you needed. But I really have to take issue with your declaration that “A modern LGBT scientist role model simply does not exist.” If Turing was the only gay scientist you heard about in middle school, have you really not learned about any others since then?

Google “gay scientists”, and the top result is a list of accomplished LGBT scientists in fields from anthropology to engineering. That page is compiled by the National Organization of Gay and Lesbian Scientists and Technical Professionals, an advocacy group that was working for LGBT inclusion in scientific workplaces long before either of us took our a biology class. Both NOGLSTP and Out in STEM, a nationwide organization for LGBT undergraduates in science and technical majors, work to provide role models and mentorship. They’re run by working scientists who devote their scarce spare time to working on exactly the problems of visibility your op-ed identifies.

If you’d done just a little more homework, you could’ve used that op-ed to point to these role models and resources. Instead, you name the problem without doing anything to solve it, or acknowledging folks who have been working on it for years. If another gay middle schooler with a flair for lab work and puzzle-solving comes across your article, it’ll leave him no better off, in terms of finding queer role models, mentors, and support, than you were!

Now, I don’t entirely blame you for this oversight, Jack. As you also say, the lack of visibility for queer scientists is due at least in part to a failure of queer media outlets like OUT magazine, which has done a terrible job of recognizing scientific achievements:

And, at The Advocate itself, whoever edited your article apparently never thought to question the idea that Alan Turing is the only queer scientist worth mentioning. Would The Advocate have allowed an op-ed about a lack of gay role models in entertainment to get away with mentioning no one but Neil Patrick Harris? I think not.

Neither OUT nor The Advocate have space regularly devoted to science, and in just the last year, the work of NOGLSTP and oSTEM has received more coverage in mainstream scientific publications like Nature News, Nature Jobs, and New Scientist than in either of these flagship queer media publications. (A notable contrast is Autostraddle, which ran a whole series on queer scientists last year.)

What can we do to fix this? Well, we can start by making queer scientists more visible! We actually know that there are lots of lesbian, gay, bisexual, trans* and queer folks working in science, technology, engineering, and mathematics. Just a few weeks ago at this year’s Out to Innovate meeting, I sat in a ballroom full of queer STEM professionals and students. In the Queer in STEM study, Allison Mattheis and I have heard from more than 1,400 LGBTQ science professionals from across the U.S. and the world. We contacted a lot of them through social media, and I now maintain a Twitter list of queer scientists, science writers, and science enthusiasts.

In the spirit of promoting visibility, I’ll follow this letter with a list of my own additions to the NOGLSTP list — some people who are known for exceptional contributions to my own field, evolutionary biology, and a bunch more who are currently working in science and for greater LGBT inclusion and visibility in their own fields. This is not a definitive list, by any stretch of the imagination! But I hope it illustrates my broader point that queer scientists are already here, doing great science and working to make the lab safe and welcoming to everyone — and it doesn’t take that much work to find us.

Douglas Futuyma, an evolutionary biologist and Distinguished Professor at Stony Brook University who wrote one of the most widely-used textbooks on evolution, and whose work on the evolution of interaction between species laid the ground for my own research. You can read about his experience as a gay scientist in an interview for BoingBoing on Coming Out Day in 2010.

Joan Roughgarden, an evolutionary ecologist who, after coming out as trans*, worked to expand evolutionary understanding of gender roles and mating behavior across the animal kingdom.

Ron Buckmire, a professor of mathematics at Occidental College, who created and maintains the Queer Resources Directory, keeps a fabulous personal blog, and tweets at @madprofessah.

David K. Smith, a professor of chemistry at York University, who makes educational videos that sometimes directly link his personal life and identity to his scientific work. He’s also on Twitter, at @Professor_Dave.

Rick MacPherson, a marine biologist and conservation advocate who blogs for Deep Sea News, and who can be found on Twitter at @rmacpherson.

Josie Simonis, a population biologist at the Lincoln Park Zoo in Chicago. You can hear her in this report Marketplace story talking about how she expresses and explains her trans* identity in the workplace, read a more in-depth profile of her at Autostraddle, and follow her tweets at @josephlsimonis.